New Orleans native David Augustine, aka Dee-1, didn’t start rapping until he was enrolled at Louisiana State University, but he proved to be a quick study. He released his first two mixtapes during the mid-2000s. The year he graduated from LSU and began teaching mathematics at a middle school, he released his third mixtape. In 2009, the same year he opted to stop teaching and focus on music, he self-released David & Goliath, his proper debut album, throughout which he maintained his down to earth underdog approach. Several additional mixtape releases followed, and his profile continually grew; 2012’s The Focus Tape alone featured collaborations with Killer Mike, Mannie Fresh, and Juvenile. The year it was released, he made an appearance on HBO’s Treme (season three, episode nine). Augustine signed to RCA Inspiration and released an EP, 3’s Up, in 2015.

Dee-1 has toured the country with chart topping and Grammy award winning artists such as Macklemore, Lupe Fiasco, Lecrae, and PJ Morton. Most recently, he has headlined his own 30 city nationwide tour.

Dee-1’s public profile skyrocketed due to his viral hit, the student loan anthem “Sallie Mae Back.” After receiving a substantial advance from signing his first major record deal, Dee-1 made a conscious decision not to buy a new car, a big house, or some expensive jewelry, he decided to pay off his student loan. He prides himself on being debt free and to be a rapper responsible for a hit song that is highlighting financial freedom and a tangible message, is just icing on the cake for the New Orleans native. To date, “SalIie Mae Back” has hit millions of views on Youtube & Facebook. 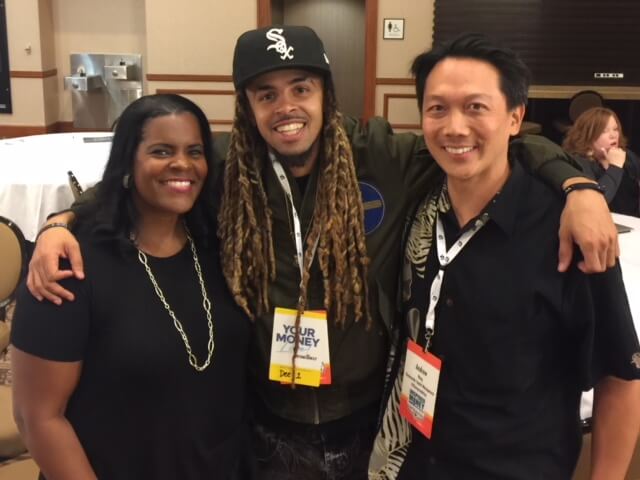 Get periodic updates that include behind the scenes, bonuses, and stuff you won't find anywhere else.