January was a month to forget for equity markets. The technology-heavy NASDAQ index narrowly escaped its worst January ever finishing down almost 9%. The S&P dropped more than 5% in its worst month since March 2020.

So what spooked markets?

The simple answer is: the looming possibility of multiple rate hikes in 2022. Goldman Sachs is now expecting the Federal Reserve to hike rates by a quarter-point five times this year; while Bank of America is expecting a rate hike at every remaining FOMC meeting for a total of seven hikes in 2022! 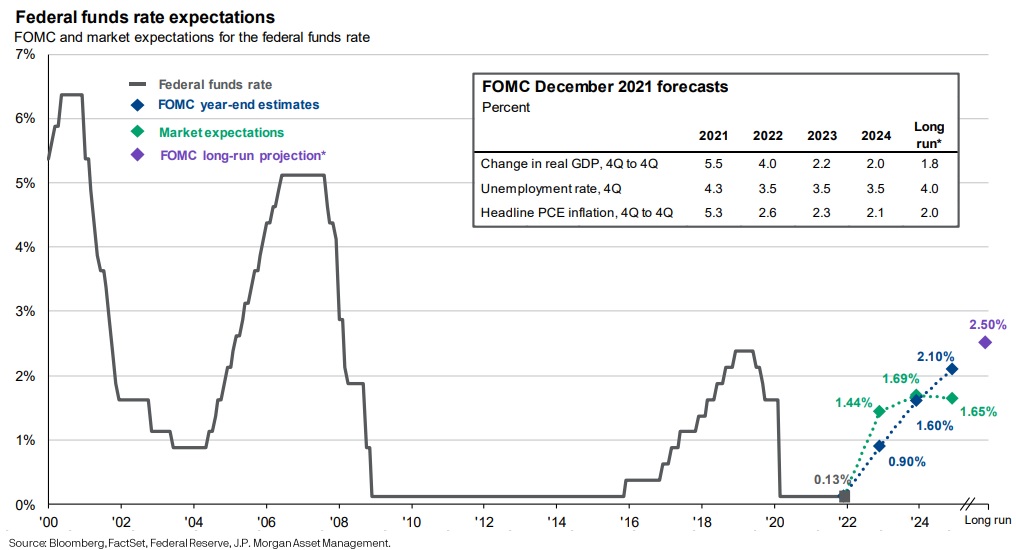 Will the yield curve invert?

With 10-year Treasury rates at 1.78%, this points to a flattening of the yield curve unless long rates rise as well. This isn't a given. In fact, with GDP growth set to decelerate this year, there is a chance that long-term rates could fall and rate hikes could invert the yield curve.

The clip above is from our quarterly investment call for clients from Friday, January 14th. We anticipated increased volatility in the 1st half of 2022 and have raised some cash to take advantage of further pullbacks. We would not be surprised by further weakness in stocks, especially in high beta stocks. For example, the small-cap Russell 2000 index has already entered bear market territory having dropped more than 20% from its November highs.

This year, you should follow the Boy Scout motto, “Be Prepared.”

Feature image: “Governor Jerome H. Powell testifies before the Senate Committee on Banking, Housing, and Urban Affairs: GP_Senate_062217-7420” by Federalreserve is licensed under